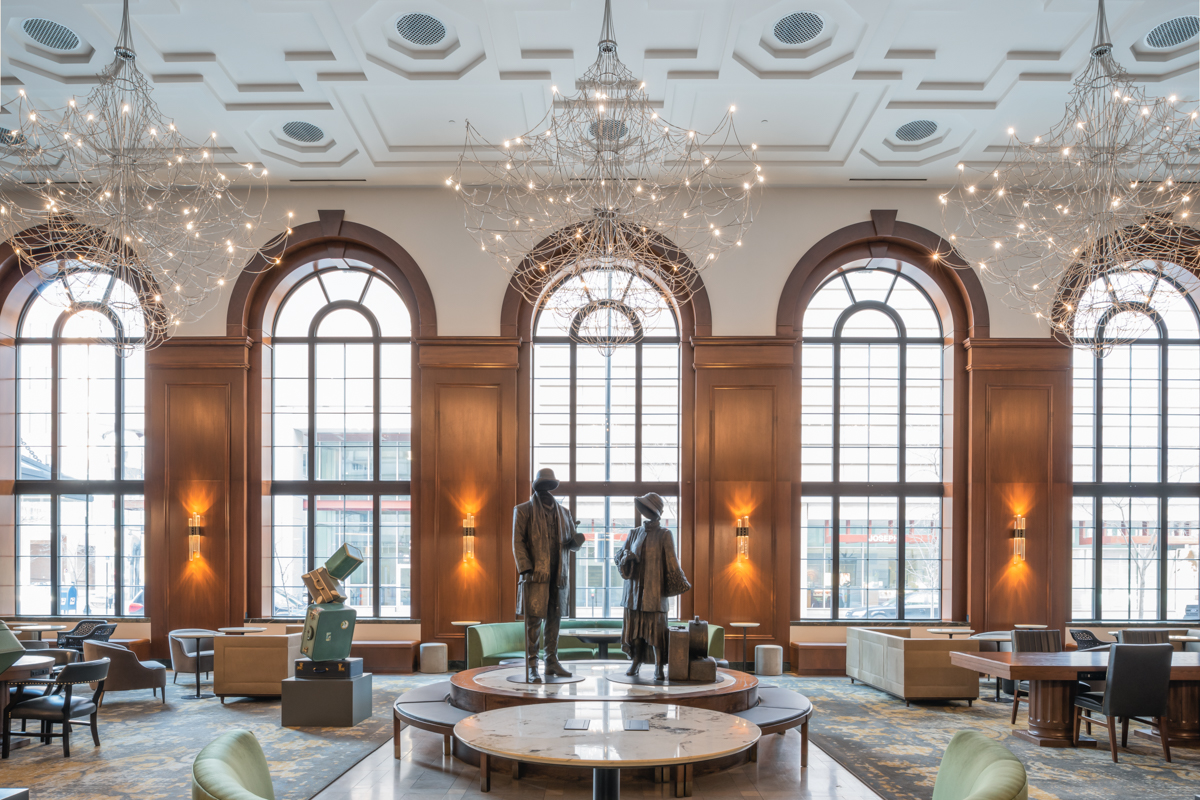 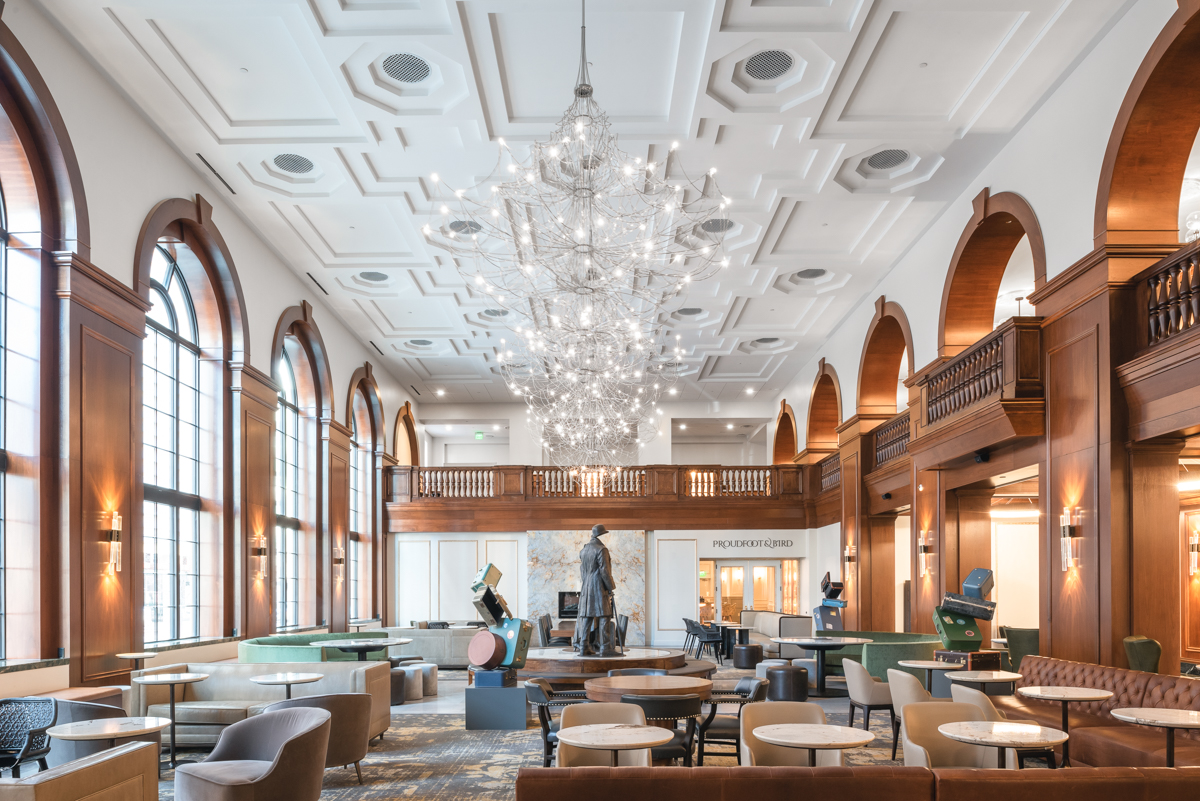 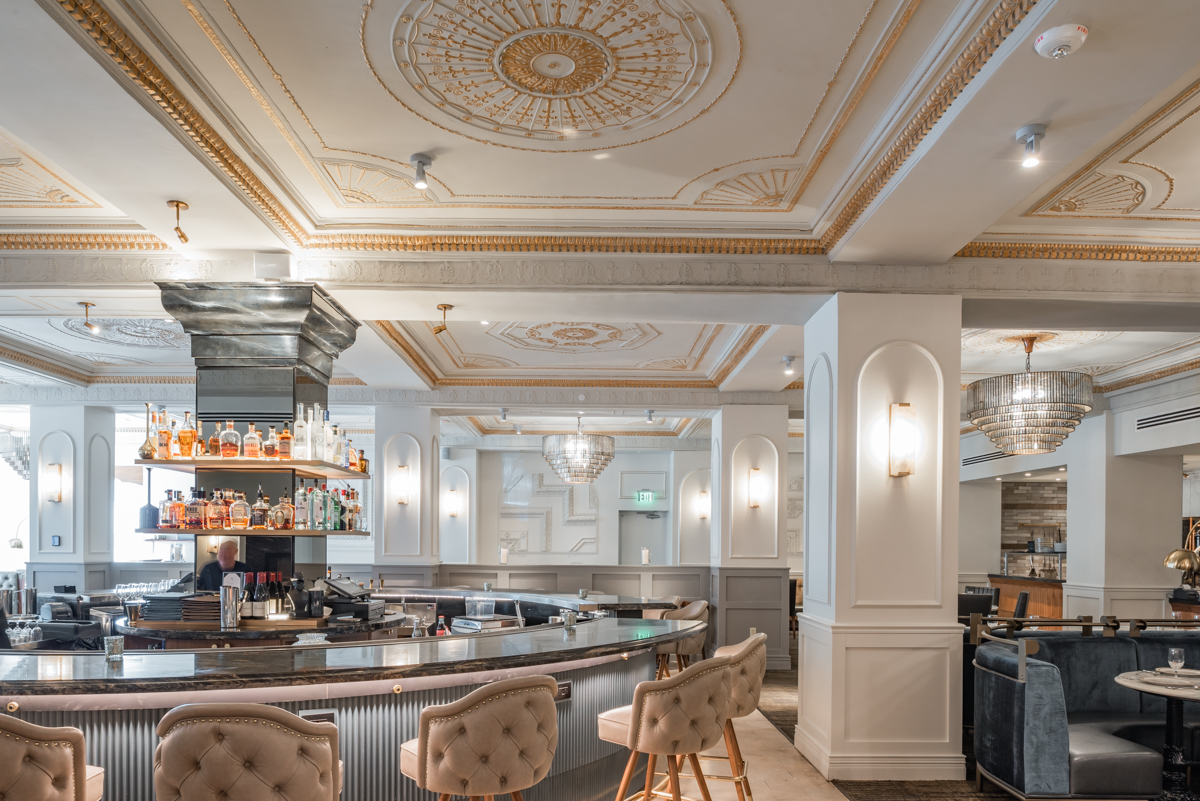 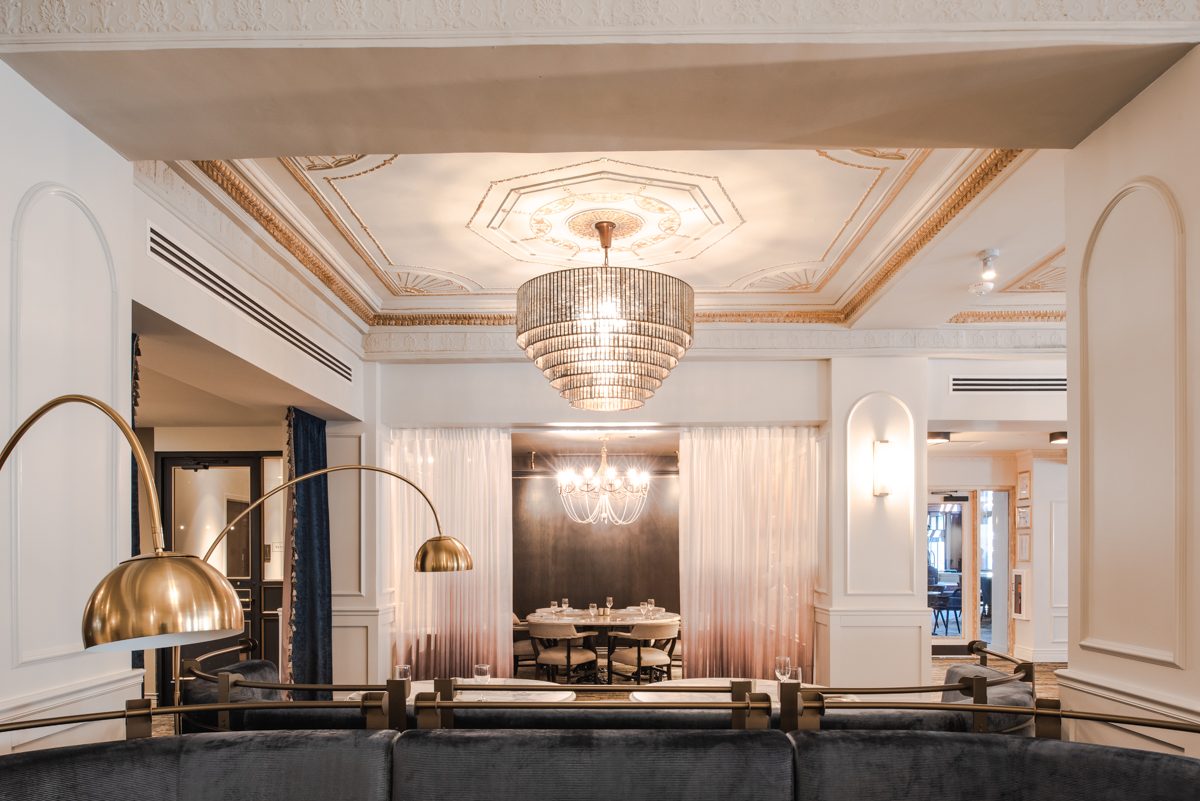 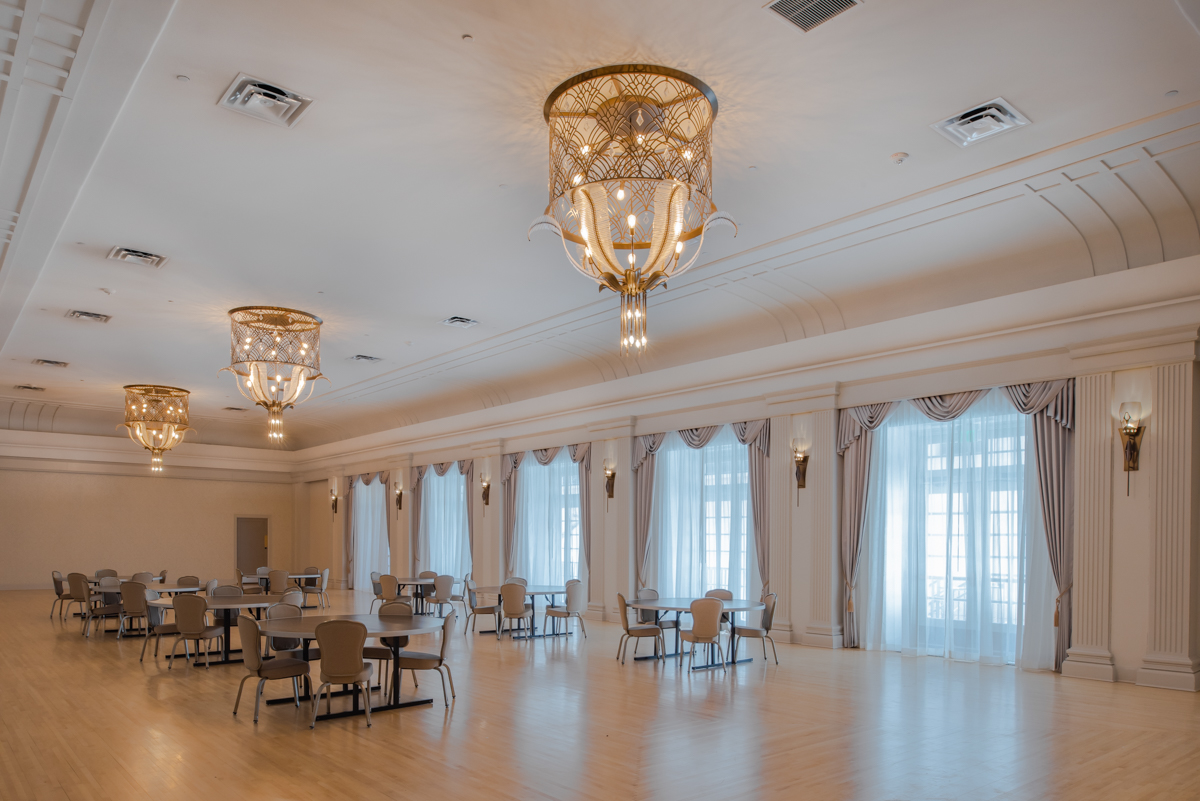 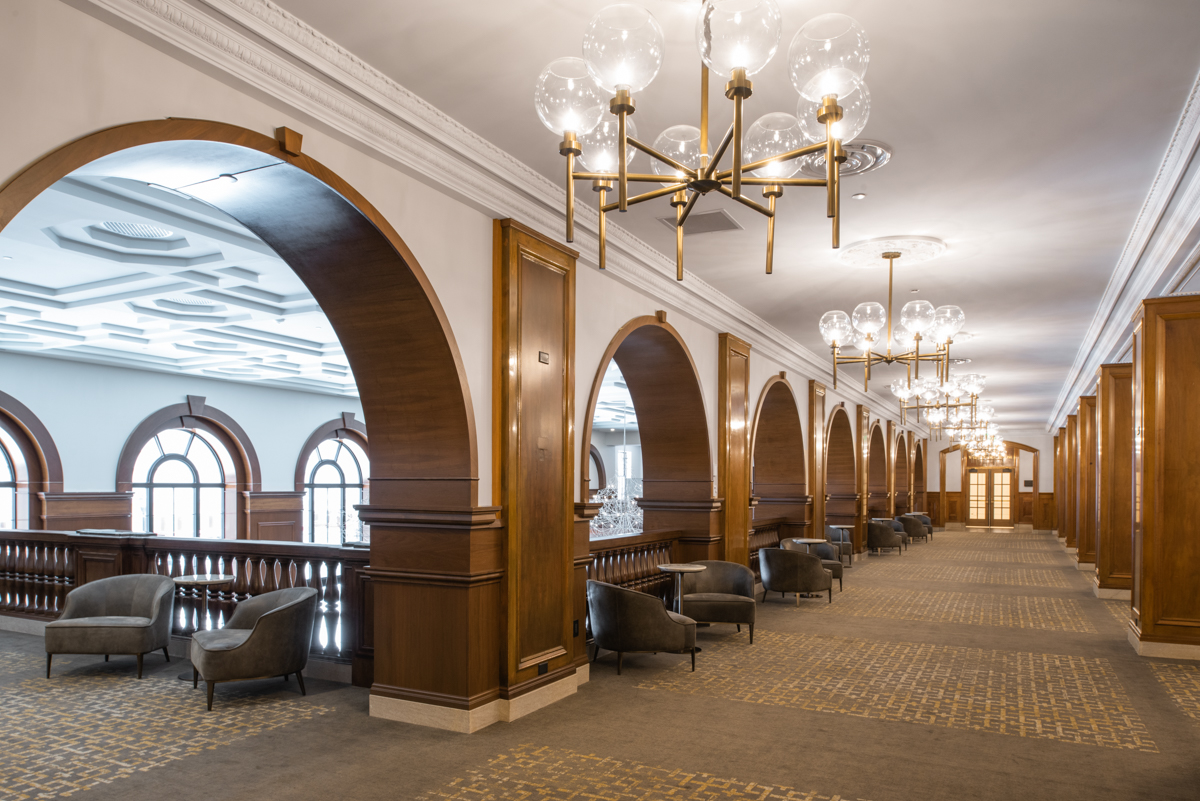 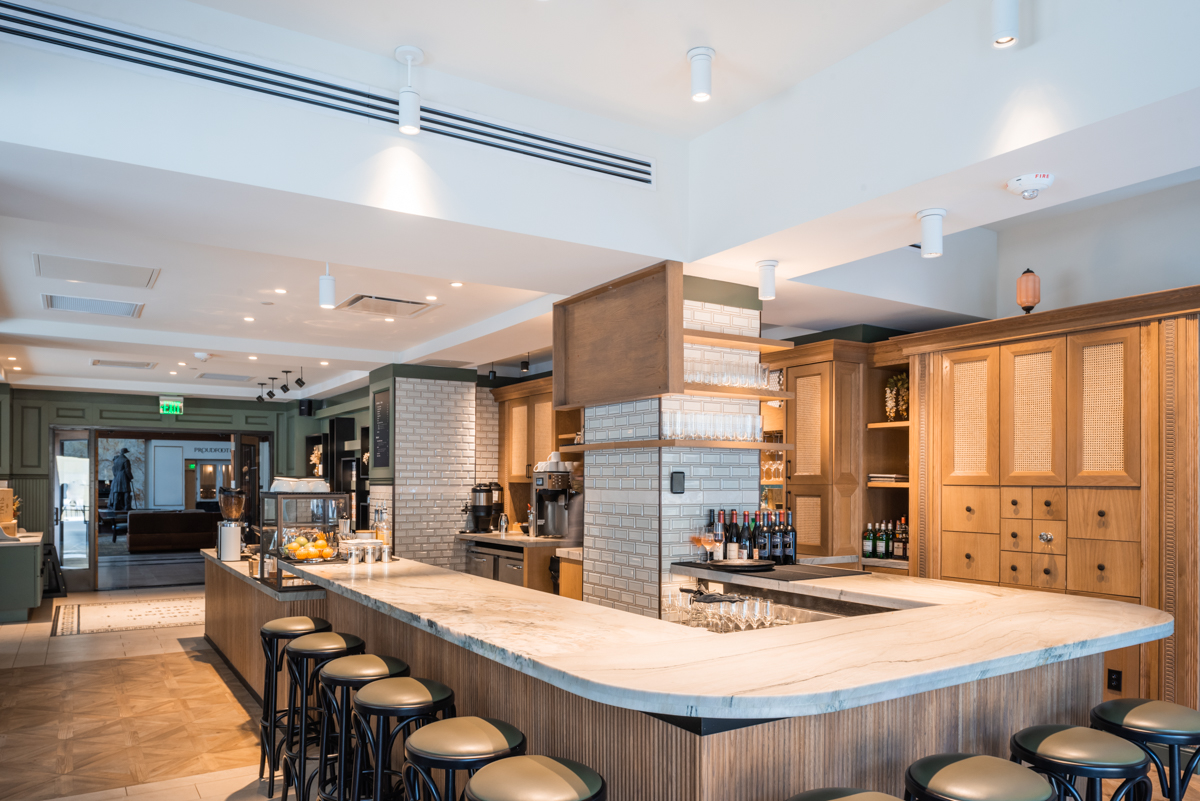 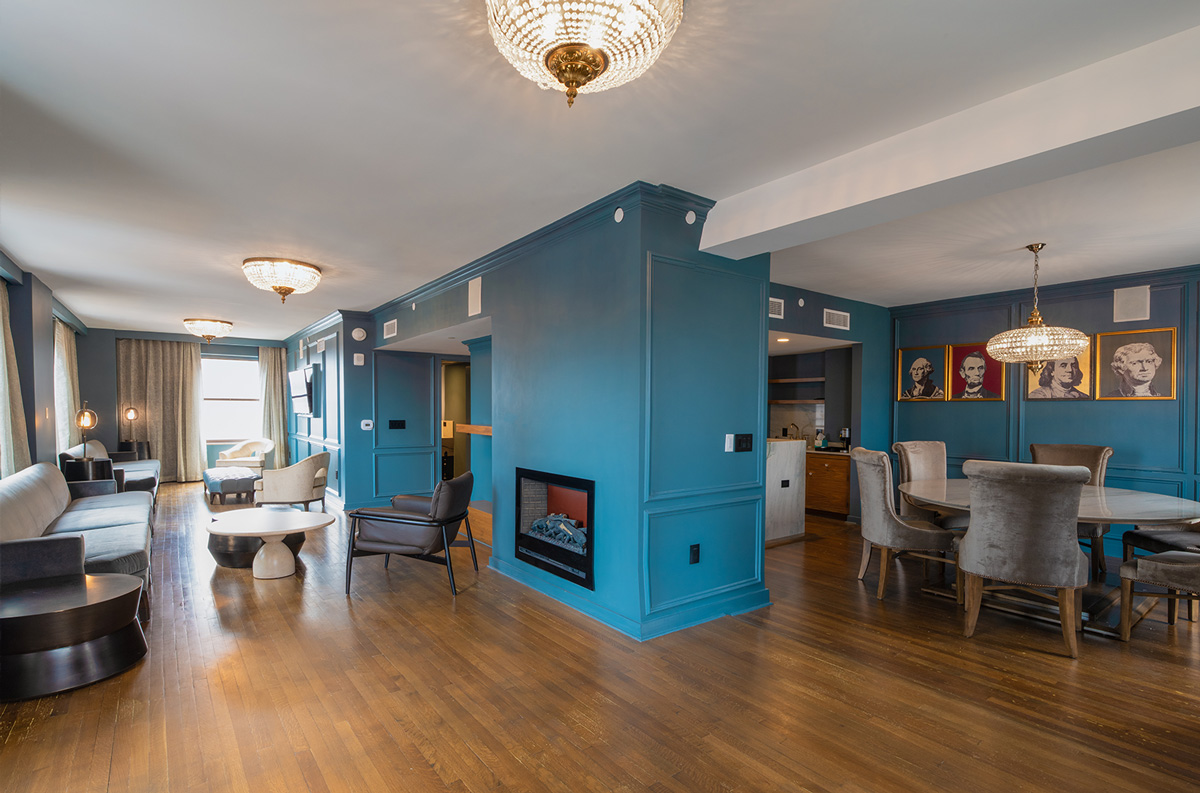 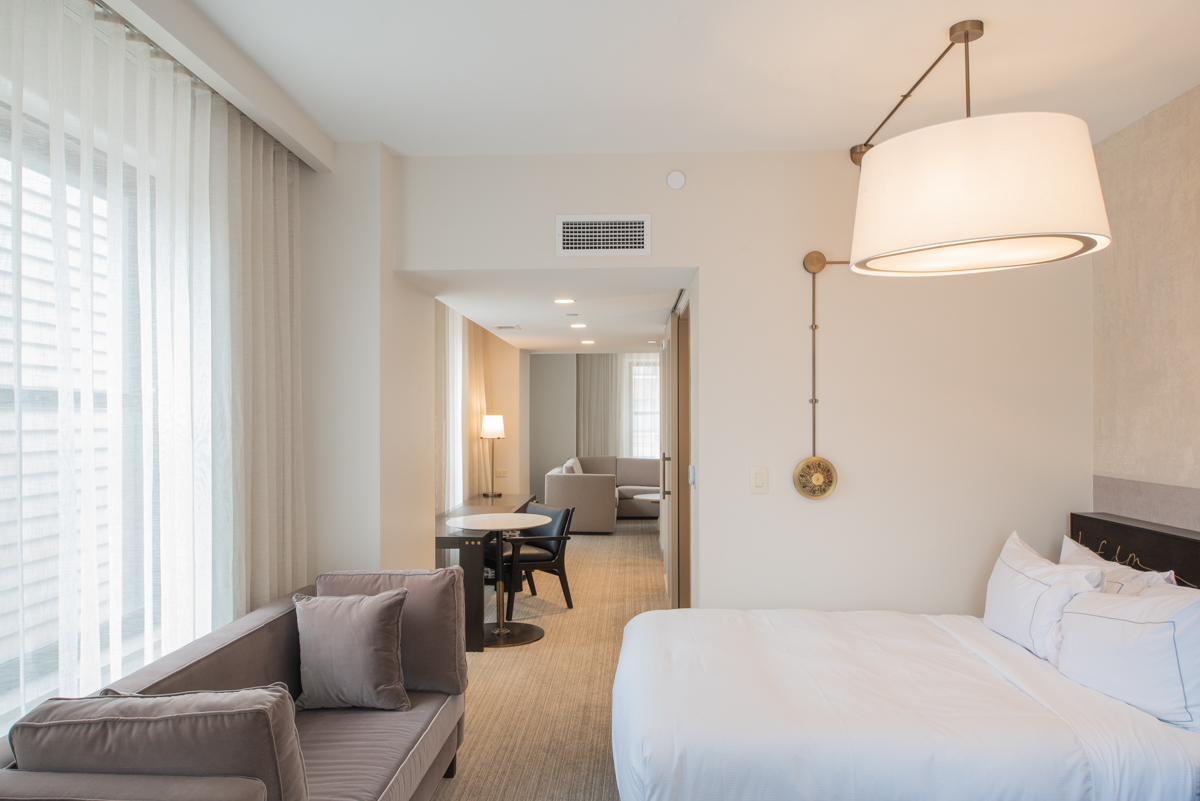 The Hotel Fort Des Moines, which first opened in 1919 as a grand hotel, is now restored to its former glory and upgraded with modern heating, cooling, and plumbing.

The common areas and guest rooms are well ventilated with conditioned fresh air. Since conditioning fresh air is energy-intensive, the air conditioning control system minimizes the fresh air brought into the building if the inside conditions do not need much fresh air while bringing in much more fresh air the few times that a lot of fresh air is needed.

The hotel has a central cooling plant that provides the guest rooms and common areas with comfort cooling and dehumidification. The central plant places the maintenance required equipment in one location, out of the occupied parts of the building. The central plant produces chilled water distributed through the building to its many small and large air conditioning units.

The hotel’s reconstruction is a textbook example of sustainable design. This massive twelve-story concrete and steel building is ready to serve at least another 100 years. Instead of demolishing this remarkable structure and losing the embodied energy placed there in 1919, the interior was removed and replaced with completely modern windows, walls, floor coverings, electrical wiring, air conditioning, heating, and plumbing.