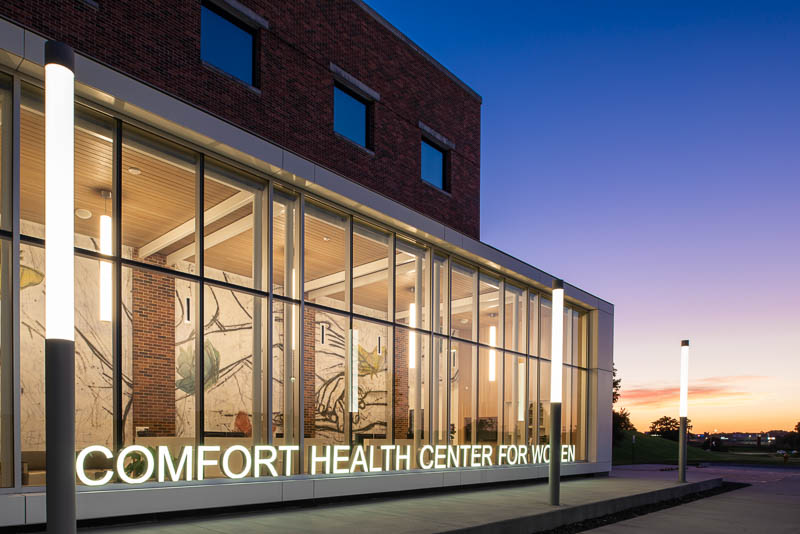 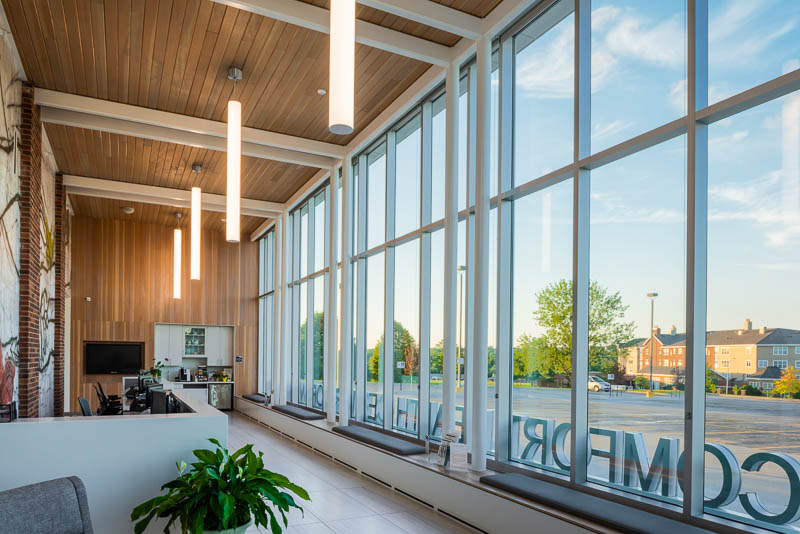 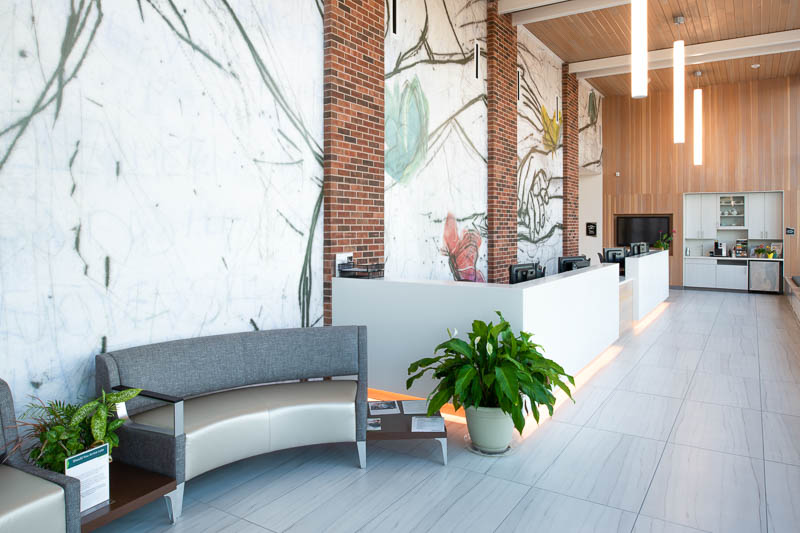 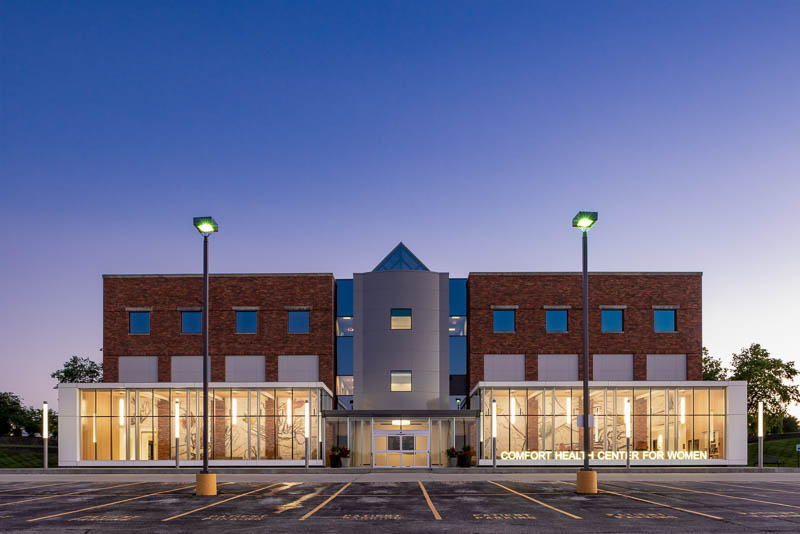 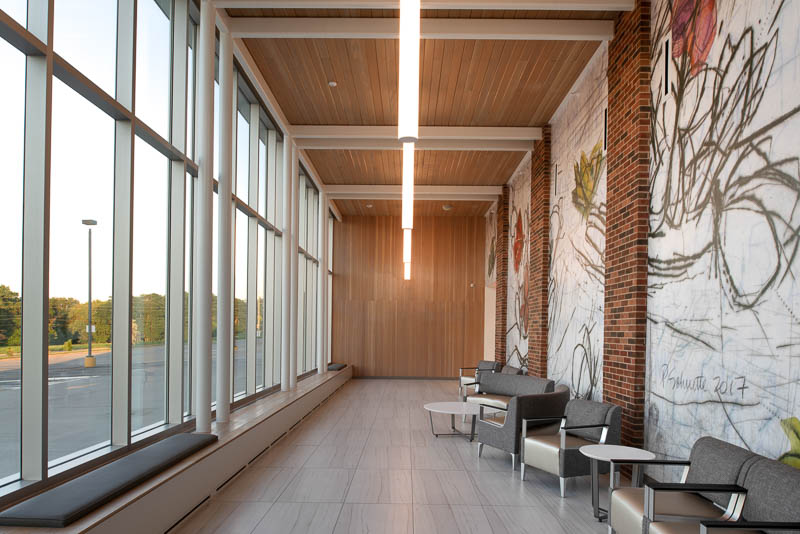 MODUS was challenged with renovating an existing building without as-builts. Multiple site visits were required to determine the locations of existing equipment and pipe routing. The existing HVAC system that serves the entire building is a California style heat pump system. The fluid cooler is located on the roof and the boiler and AHU are located in the basement (project level) mechanical room. After multiple pricing sets, the developer/building owner decided that the new renovation must reuse the existing heat pumps. The existing heat pumps were relocated, however, a handful of new heat pumps had to be purchased for additional zones. Part of the project included an addition for the new entrance/lobby into the Women’s Center. The 18’ floor to ceiling addition had floor to ceiling glass and the addition did not have plenum space for mechanical equipment or piping. The HVAC for this space utilized linear slots in the interior wall and electric radiant heaters in a seating bench against the exterior walls. Tying in the primary storm drainage into the existing storm piping was a challenge due to the architectural desires of high ceilings in the corridors. The secondary drainage daylighted into the existing parking lot and sloped to storm intakes. The Women’s Center is served by traditional wet pipe suppression. The new addition is served by the existing zone with sidewall heads.