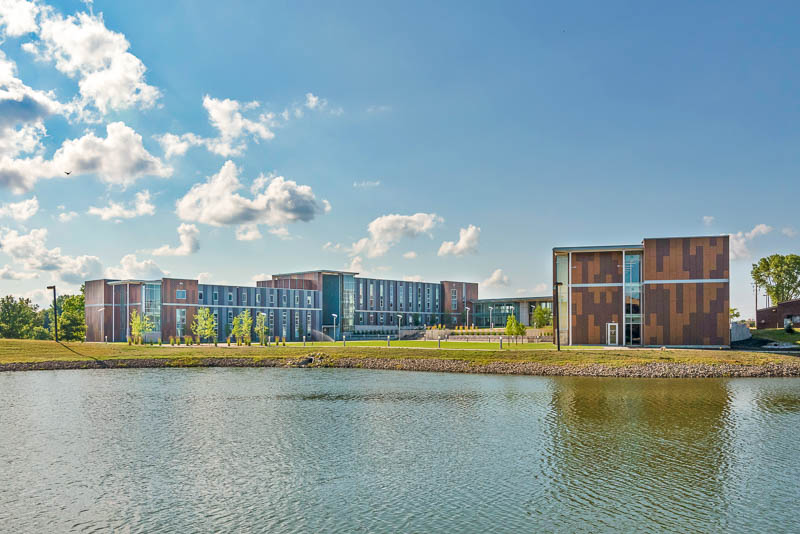 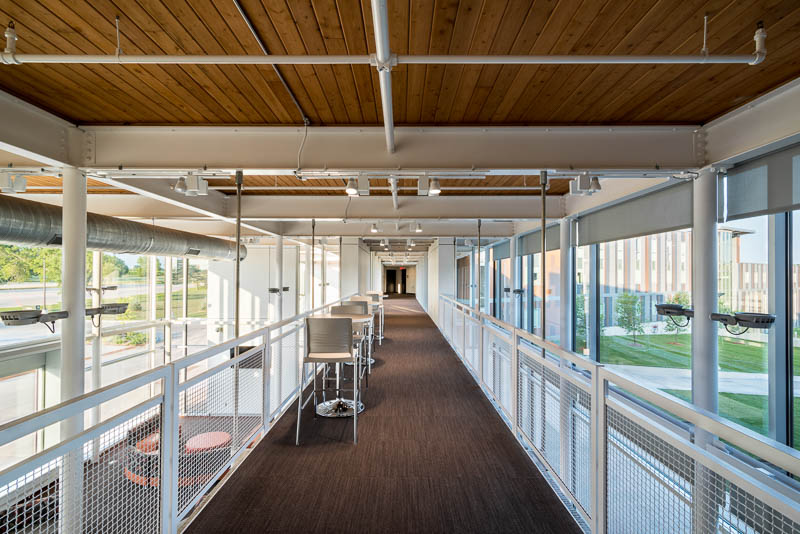 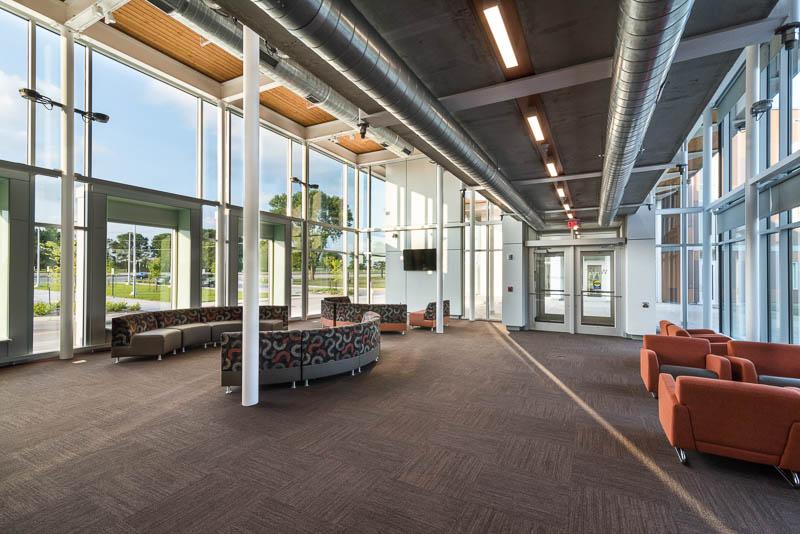 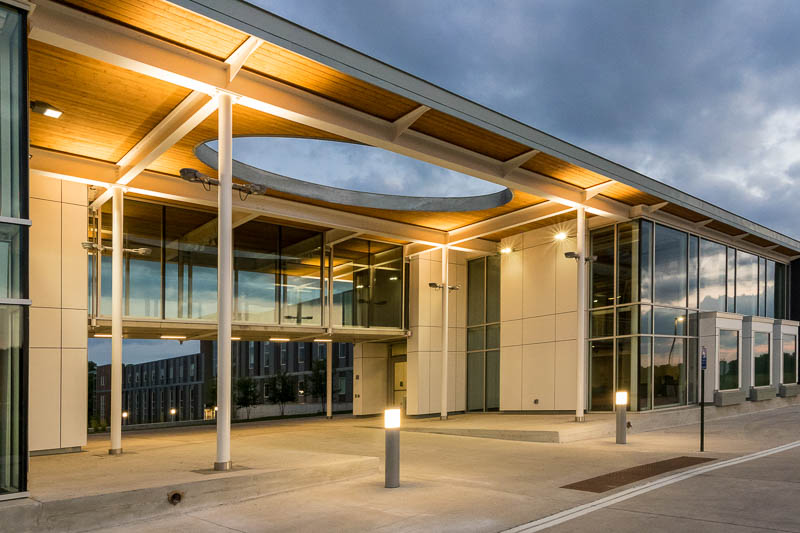 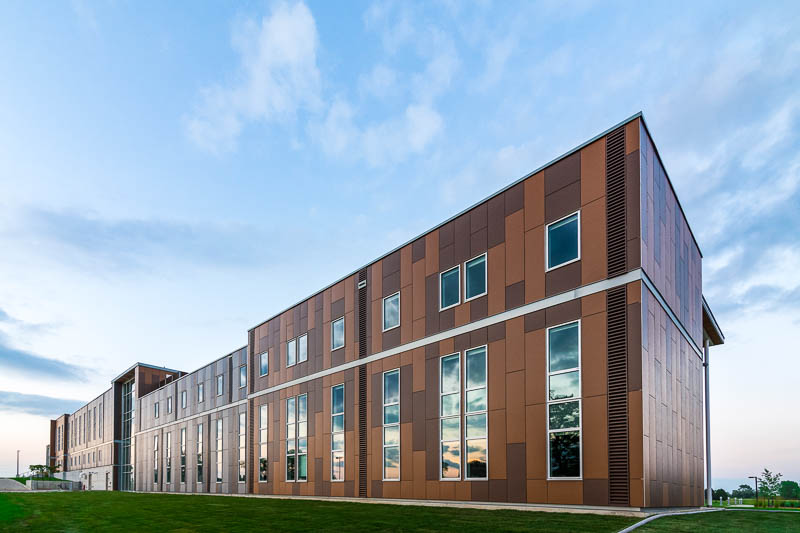 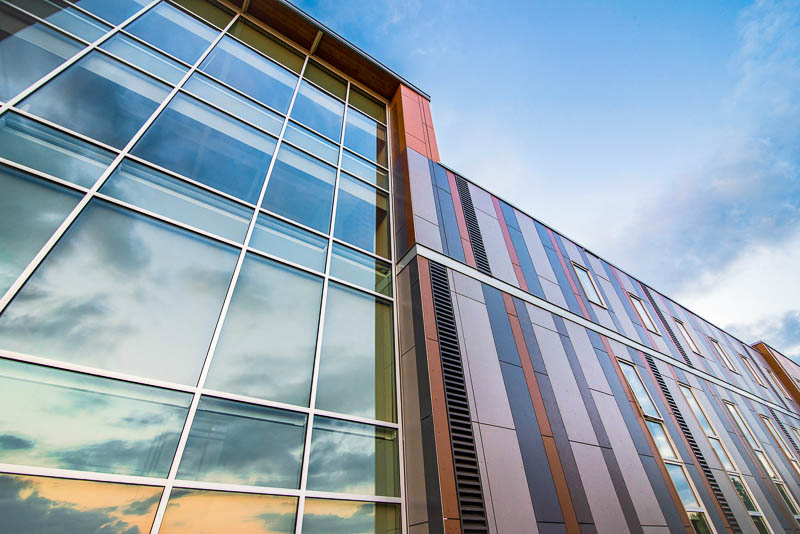 North Iowa Area Community College (NIACC) of Mason City, Iowa, wanted to set itself apart from other campuses in providing a high-quality residence space. NIACC chose INVISION and MODUS to undertake the residence hall replacement. The design team achieved a striking replacement of the 1970’s-era student housing by designing this brand new facility.

The project includes two 3-story wings of student rooms and commons, as well as a north-end space with offices, gathering space, and resident assistant apartments. Several mechanical systems were proposed and discussed. MODUS ultimately designed a boiler/chiller fan coil system to meet the initial cost and maintenance expectations. Appropriate interior lighting was implemented to match the high level of architectural finish with consideration for the project budget. The exterior lighting is LED and adds a decorative element to the outside of the campus. Each residents’ wing has an electrical distribution panel which feeds everything in that wing of the building: HVAC, lighting, and receptacles. Each wing contains distribution panels with meters measuring the power usage throughout the wing. These measurements could provide a friendly low-energy competition between the wings, giving the students in each wing the opportunity to use their lighting and receptacles selectively and to see who can conserve the most energy!