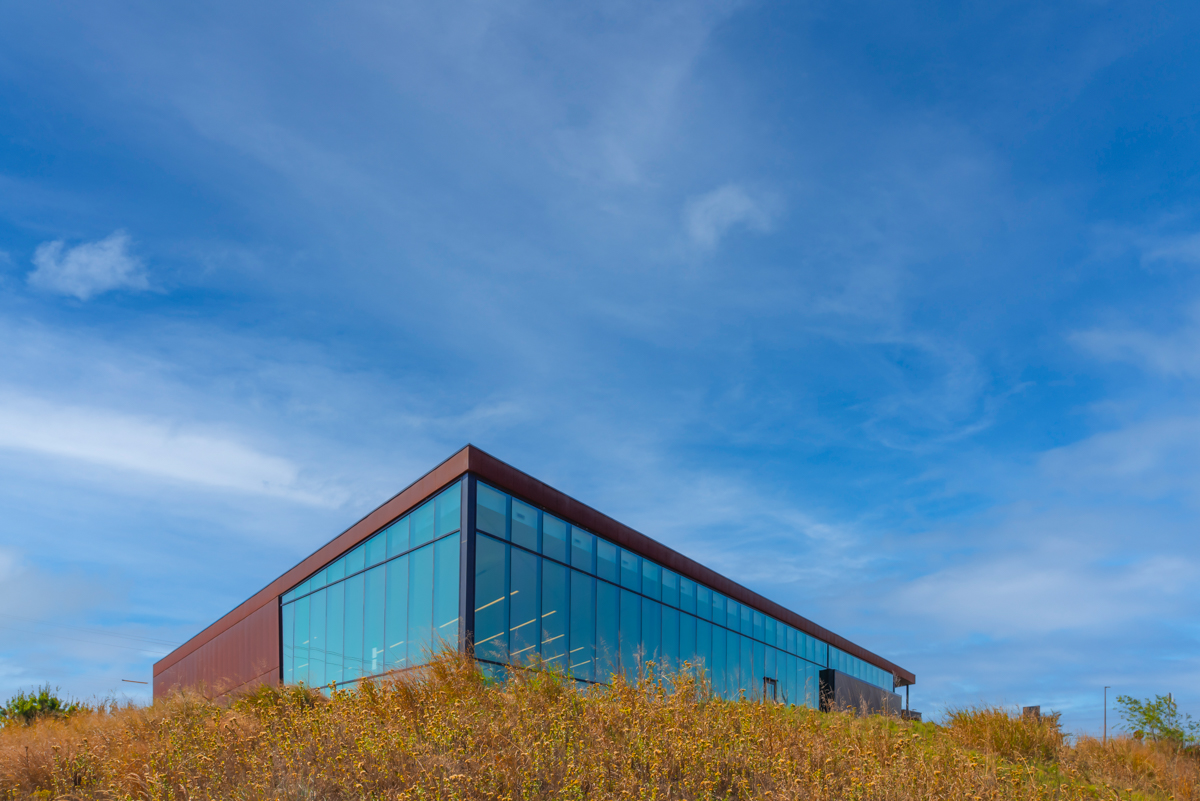 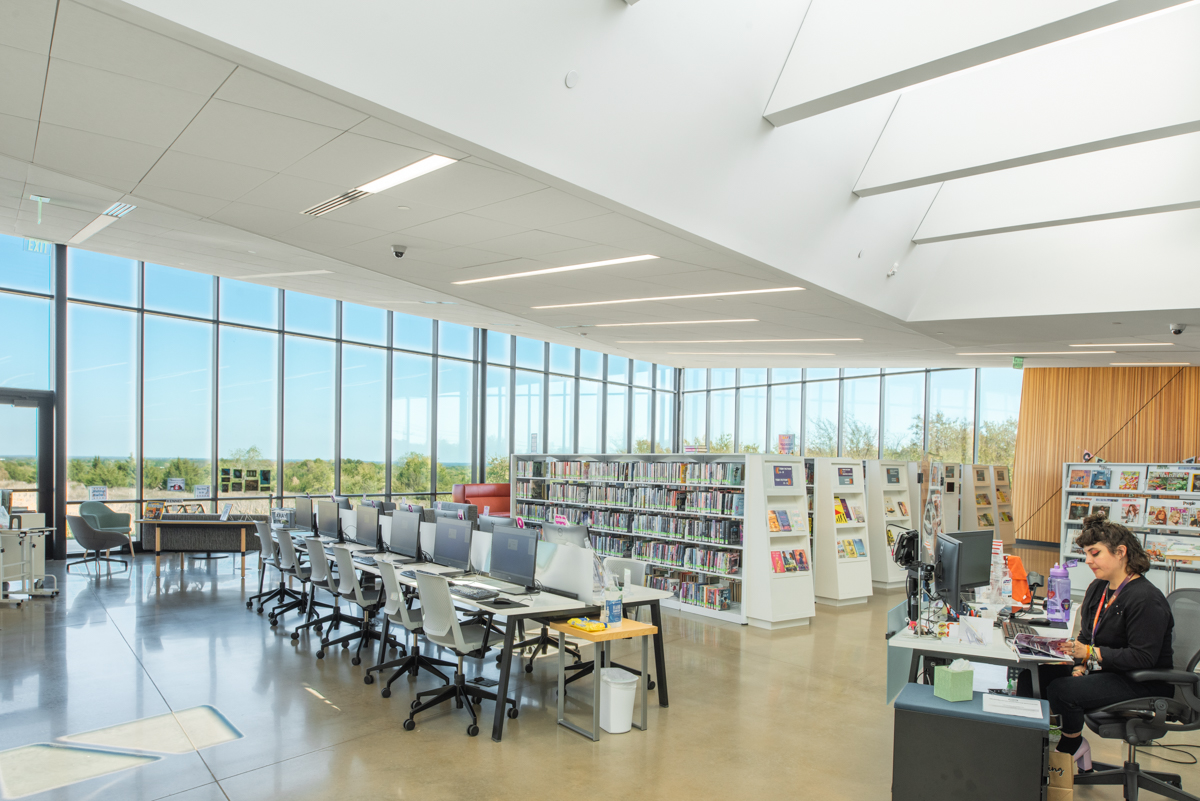 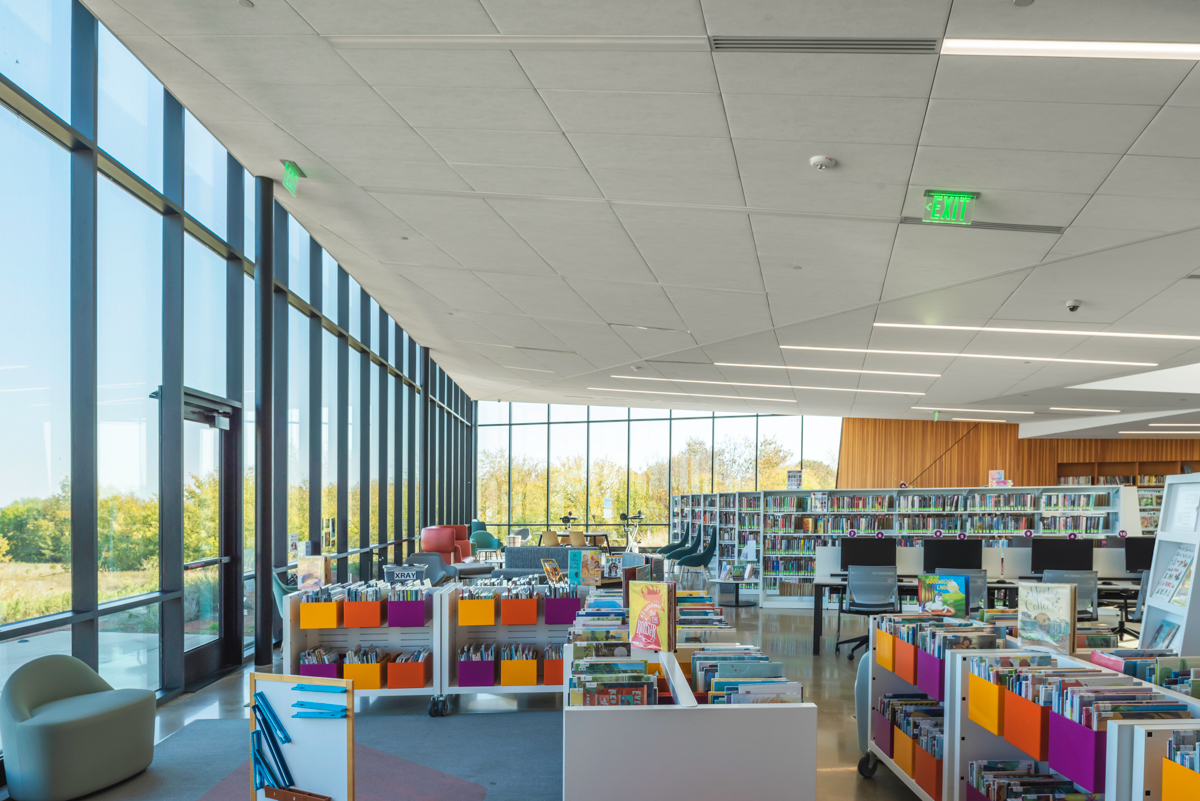 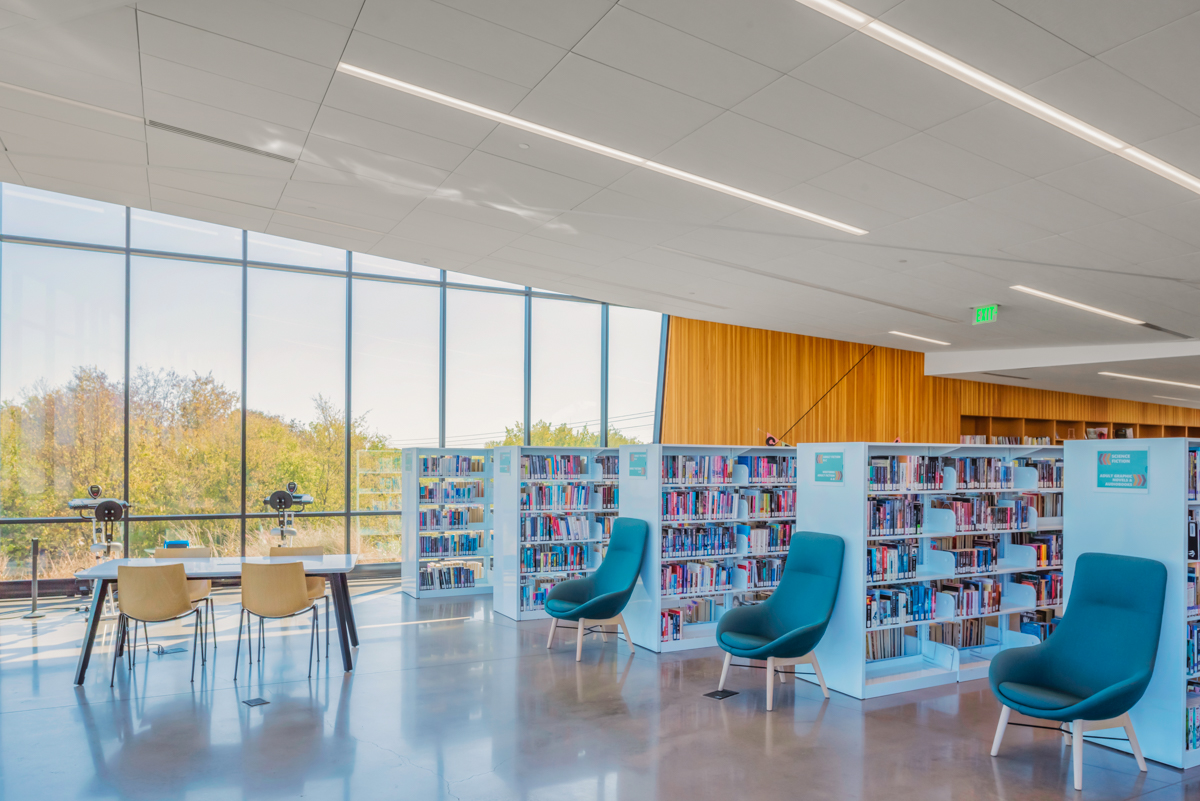 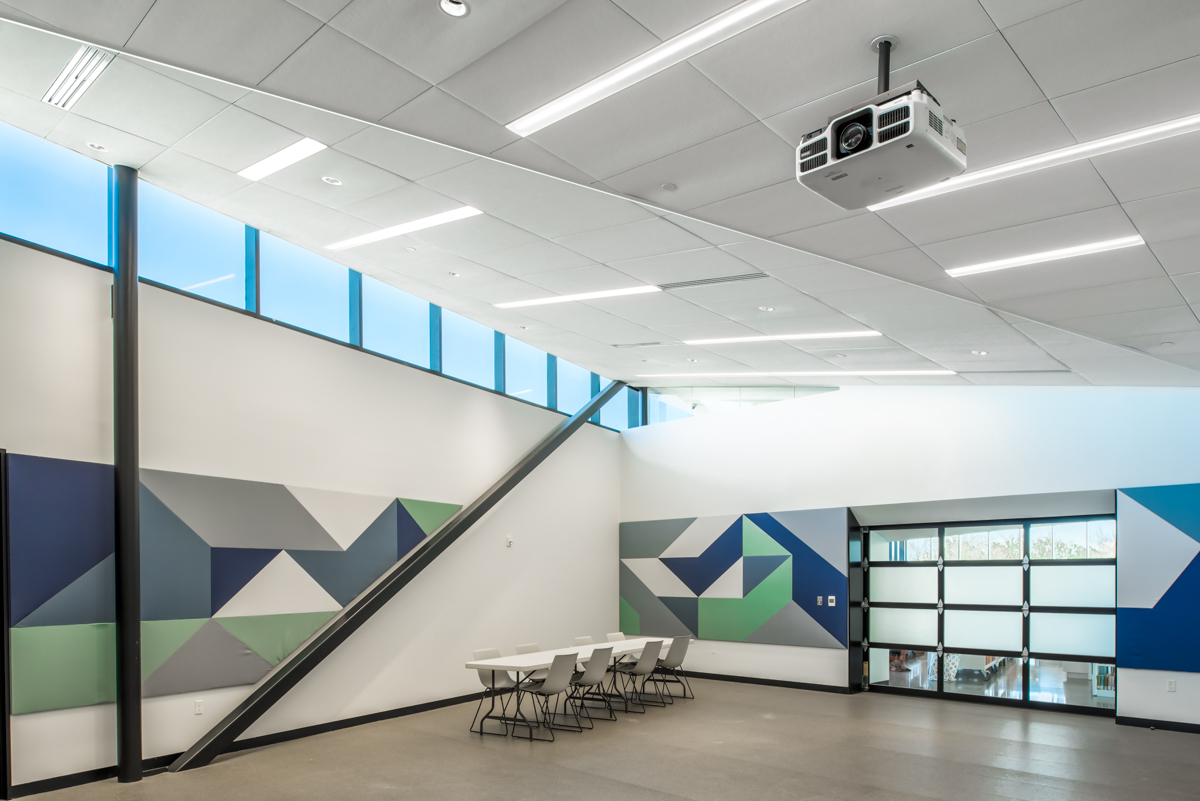 The design team had three goals with the Norman East Branch Library: Efficiency, Simplicity, and Aesthetics.  Numerous options were explored during the schematic phases, but the selected system was an air-cooled variable refrigerant system with a packaged DX heat pump energy recovery unit. The building was to have a “featured” roof, so equipment was tucked into the surrounding landscape to limit its visibility. The interior design focused on clean lines and all HVAC equipment was to be smoothly integrated into the sloped ceiling. Due to extensive glazing exposures to the north and east, numerous slot diffusers were tucked within a cloud ceiling system. Because of the height of the space, low return air paths were integrated within the shelving system, eliminating return grilles.

While more efficient HVAC systems were explored and modeled, the simplicity and maintenance-friendly attributes of the VRF system proved more promising. The Life Cycle Cost Analysis also indicated that more efficient systems were not beneficial to the owner’s long-term plans, primarily due to the small footprint of the building.