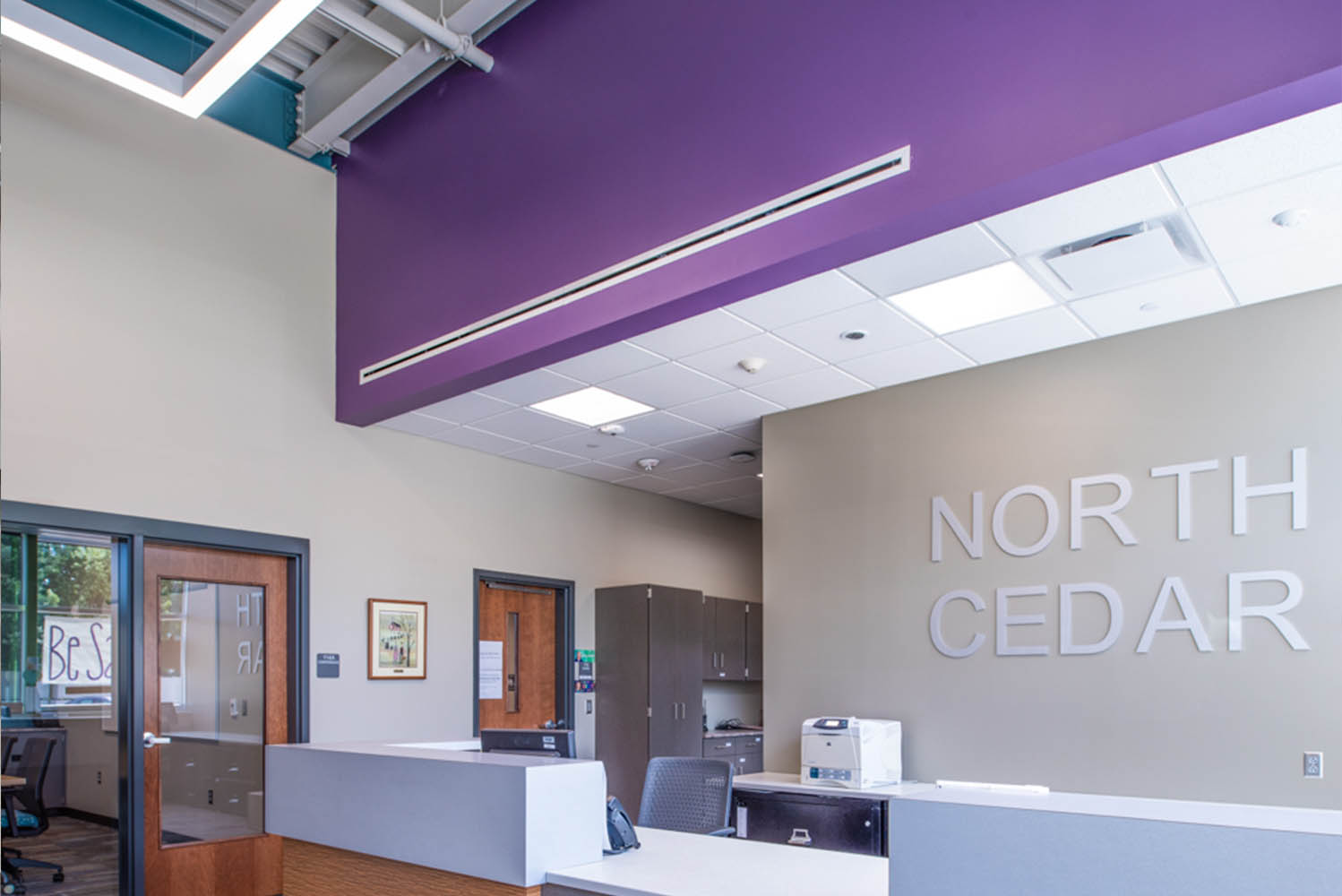 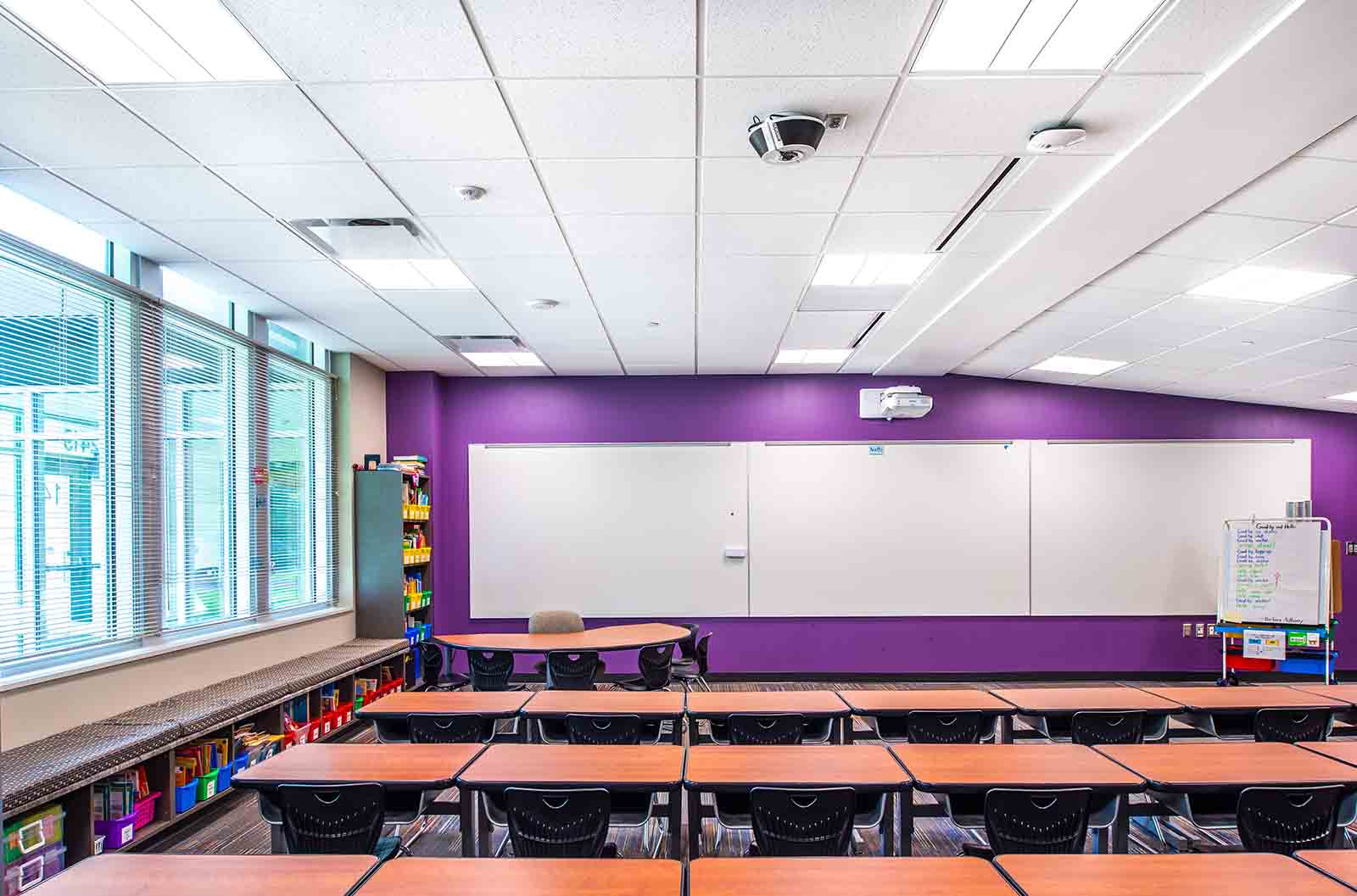 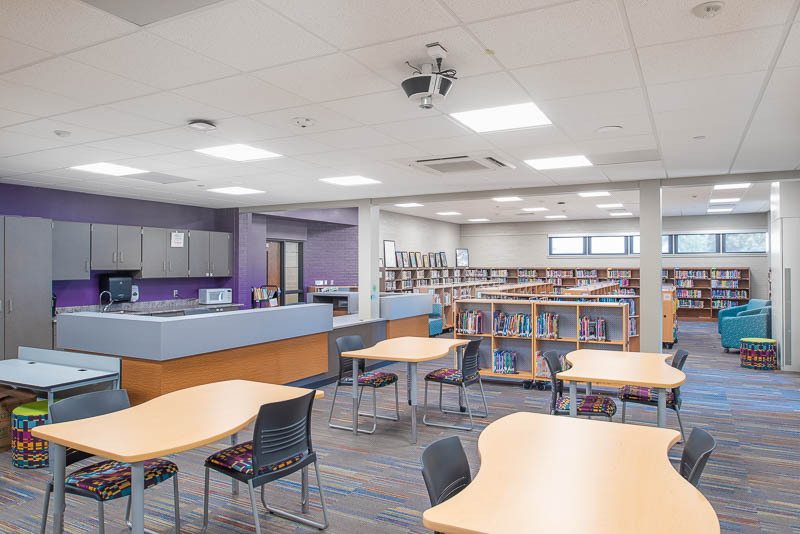 North Cedar Elementary has been updated over the years culminating with the completion of this project. The main features of the project included substantial building demolition to make room for the new addition to the north as well as remodeling to some of the oldest parts of the school. A new air-cooled VRF system was designed to provide heating and cooling to parts of the new addition as well as the remodeled classrooms. Fresh air was provided to these rooms with an energy recovery ventilator (ERV) that was integrated into the VRF system. Vertical classroom unit ventilators with integral energy recovery wheels were utilized for some areas on the opposite end of the building from the new addition as well as a new hot water condensing boiler system. A fire sprinkler system was installed and extended into the entire existing school.

The electrical service was upgraded as part of the project and was relocated to a different part of the building to make way for the new addition. The lighting design features the most current technologies with respect to LED fixtures as well as low voltage controls. Audiovisual systems were used to update the classrooms to be highly interactive.

The overall design concepts from a learning standpoint were initially developed at the new Aldrich Elementary school but were then also applied to North Cedar and Orchard Hill.